We had to get some blood work done today. My dad needs a CT scan with a contrast dye IV and the doctor needs to be sure dad's kidneys function good enough to handle the dye. It is already complicated getting him there due to his mobility issues. Now there are the additional details of making sure we have masks and hand sanitizer with us.
Today we had to deal with the weather as well, but even the heat and humidity didn't dampen my dad's sense of humor. I handed him his mask before I backed out of the driveway, telling him he could wait to put it on until we got to the hospital lab. He slipped it on a few minutes later and then said. "Who was that masked man?"
Once we got called back to have his blood drawn, the phlebotomist asked what arm my dad preferred for the draw. He said, "Is it okay if I say someone else's?" She chuckled and told him that was the perfect answer.
Reminds of the time when I was seven and I wrote a note on the dry erase board by our phone. "My dad thinks he's funny." My parents thought that was so funny that their little kid was such a critic.
Forty plus years later, I am so grateful he is still telling dad jokes. 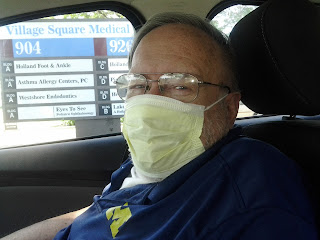 One of the things I had to learn this past year is how to ask for help and how to accept help. This whole pull yourself up by your boot straps and work hard to make something of yourself society we live in can be a great motivating force if all is well and you can adhere to those rules, but the minute even one thing goes wrong, you can end up with a cascading crisis of failures.
One aspect I had to work to change in myself was to NOT see needing help as personal failure or as me not trying my best, putting forth my best efforts. It also helped when I re-framed the help I was receiving or needing to see it as a gift that was being freely given. This helped calm my stressed out emotions and allowed me to embrace the many gifts being showered on me and my family.
It reminds me of a happy memory from my childhood, when I used to long for gifts, not just at Christmas and my birthday but on other days too. My mother kept a stash of Little Golden Books wrapped in pastel tissue papers in the cupboard. When I would express my need, that I sure wished someone would give me a gift, she would grab a book from the cupboard, and there was hours of happiness. Well, except the one time when I said, "I sure wish somebody would give me a gift, but not a book."
So, among the many losses for us this year was the closing of the libraries early in the shelter in place. How would we get our cozy mystery reading fix? Well, my sister the librarian to the rescue. She guided me through the process of downloading and setting up HOOPLA and now I can easily access books from our library, as many as fifteen a month.
So many things became complicated from the start of quarantine. Simple grocery store trips became shopping excursions, to be planned and executed like a complicated searches for archaeological artifacts. It often took half dozen trips to stores to even find half the items on the various household lists for the families I was shopping for. And then when supplies started being more plentiful, the impact of the closures and new production rules, and absent employees due to outbreaks started to show up in rising product costs.
The most disappointing one for me is the generic three pound tube of ground hamburger I used to get at stores pre-pandemic-for anywhere from $7.99-$10.99 depending which store I went to, now at the least expensive of our local groceries stores cost $19.99 for the last three pound tube I bought. We had to get a little creative and make choices to make dishes with more beans and less meat.
But then we got the most unexpected gift from a friend of mine. Her family bought a whole pig. One week she gave us a huge package of apple wood smoked bacon. We got 6 meals so far for our household out of that package. Then she gave us 3 pounds of different types of ground sausage. I made the most fabulous tacos from some of that last night.
This same friend and her family came to the rescue when we had to do something about our maple tree that died and needed removal. She and her family came over one night after work and in less than 45 minutes we had two trees cut down, loaded in  their trailer, and all the debris cleaned up. It helps that she has two strong. healthy teenagers, and that her husband is so skilled, quick, and efficient with a chainsaw.
Then there was the day my brother let me know that he ended up buying a huge quantity of flour online, and did we want some? Yes! I was able to make dozens of cookies that I could gift to friends and family; a set of birthday cookies, graduation cookies, and Memorial day cookies.
Then there was the sweet note from a friend of mine from high school. She had been out at a store and saw a small bottle of hand sanitizer that was called Green Goo and so she bought me some. It reminded her of me since my first picture book that is now in print is called Green Goo. It is an entirely different type of green goo, but this hand sanitizer is a wonderful and appropriate gift right now. My friend bought me a bottle and left it in a bag on our garage door. I now carry it every where with me, stashed in my purse.
Some days you get stuck in a rut thinking about all the losses, all that is missing, or being weary from worry about needing help, and then other days you realize how many unexpected gifts you receive, that you have gifts galore. 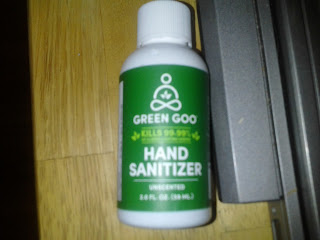 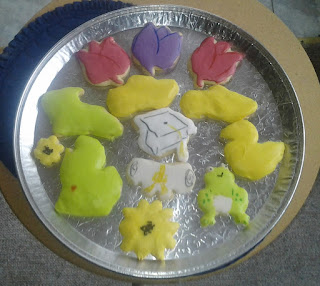 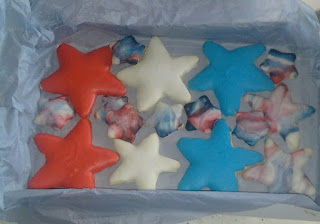 Will It Ever Get Easier? 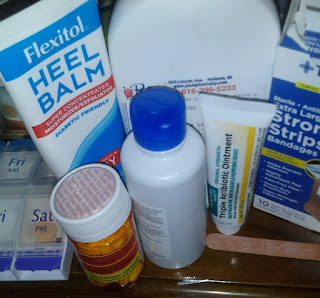