It has been a rough year. I am part of that encampment, that group of folks that seem to be stunned by everything that is happening around them. I know some brilliant things have happened. I know in reality, it has been a typical year filled with a mixture of good and bad. But for some reason, the discouraging moments have been particularly difficult. I'm not sure why that is. I know I bear some of the responsibility for that, in that we all are ultimately responsible for our own emotions, how we react to our circumstances, and in that how we either thrive or barely survive is often a matter of our own choice.
I also get that time is an illusion. The whole concept of the ending of one year, the starting of another year, the opportunity to lay to rest some bad moments, and to grasp the chance for starting over-I get that this is a man made concept, a thing we have created to help us cope and to give us the illusion that we have more control than we really do over all things. But, I am ready for the fresh start of 2017 and the letting go of the negativity that has accumulated in 2016.
I think one of the last shining examples of how complicated 2016 has been for me, happened on Christmas Eve day. I was happily humming along, having dear family and friends in town, having worked only a half day the day before at my day job-the one that pays the bills, and it seemed that 2016 might actually fade out rather peacefully.
Then I saw the pile of mail my husband had brought in. And on the top of the pile was the self addressed/stamped envelope. But that couldn't be possible. I had turned in the manuscript only two months ago. The publishing house I had so carefully researched said it would be more than six months before you could expect to hear back. As my stomach sank, I still clung to a glimmer of hope, because that is just what I do.
Nope. There it was in black and white, the last piece of the dream that had been residing quietly at the back of my mind, my fall back thought when the day to day of life and work was too stressful, that this wee little story was safely under consideration at the publishing house. Not any more.
Back when I was actively promoting my other storybooks I would speak at local schools and do readings of my three storybooks. One of the questions I would always ask the students was what I should write about next. Hands down, the most popular request was to write about Christmas. And that is what I did with this little storybook I had so carefully crafted over the last couple of years. It was loosely based on a real incident in my own childhood. It had been well received by my test readers.
And yet, on Christmas Eve, what I had hoped would maybe be my best present of the year, now seemed like one last cruel joke.
If that was how I wanted to leave it, that is what it would be. And for a few moments it really was. I wallowed in that sorrow. I mentally railed against this harsh blow. I let the despair wash over me, almost causing me to stagger as I sat down to re-read the rejection. I had even adored the name of this publishing group. I would have been so proud to say I had a book published with them. I let the tears well in my eyes, and then I blinked them back.
I still love this little storybook. I still think it is worth sharing. I will continue the quest in 2017 to try to find a home for this wee Christmas tale. That is my choice. I choose to continue.
The day after Christmas, I had the opportunity to go with some of my siblings to Chicago. It was everything good that you would hope for in a day trip to Chicago. The weather was fabulous for a late December day, actual sunshine and blue skies as we traveled to the Field Museum. We went to see the Terracotta Warriors display. These are artifacts from the tomb of China's first emperor. I can remember reading about this find in National Geographic way back in the day when I was a kid.
It was truly amazing. It was stunning to see the craftsmanship of the figures, to learn a bit about the people and culture and time that they came from, and to witness artifacts that are thousands of years old. One of the figures was a cleric official, not all are actually warriors. The emperor had all types of figures made, everyone he would need in the afterlife to make sure that his eternal life went well. This cleric has on his belt the tools he would need for writing and keeping records. They also had a display of the instruments that would have been used at that time for writing. This made me heart hum with happiness.
We also had time to look through so many other displays, including ancient Egypt. In that display there was also a section of writing tools because the scribes were important in that society as well. They were important for business, for religious ritual, recordings of histories, and for inventory of properties.
For thousands of years, the scribes, clerics, storytellers, and writers have been important assets of their societies. I am only one teeny little component of that in our current society, but I am content with that choice. I choose to keep moving forward as a writer, a storyteller, and one who records some small moments of truth along the way. 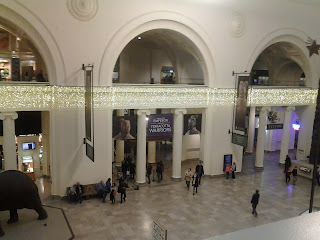 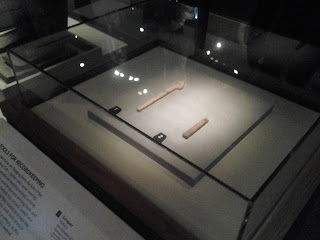 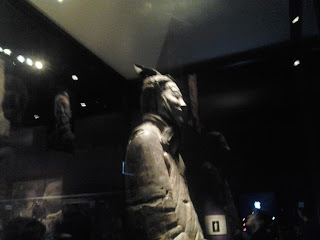 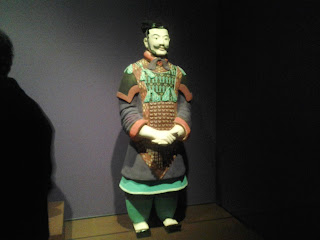 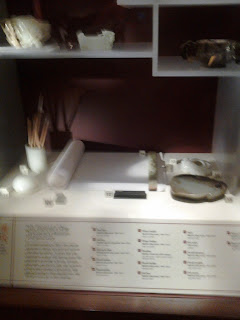 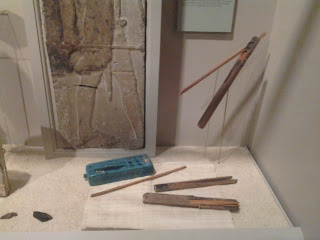 Really, We Are Fortunate!

Hard to believe it is already July. Almost time to celebrate another holiday, our country's Independence Day. I know there will be many who think we don't have much to celebrate this year. There is too much turmoil within our own borders and with our relationships throughout the world. And that is true. And yet, every day I am given a glimpse of how really fortunate we are overall.
The other night I had the privilege of being able to go out for dinner with some of the other "host moms" from the program we participated in last year. We all were able to host a student from outside the U.S. to stay with us during their winter break for two weeks and also during a month of their summer break. We received updates on all the kids, learned how they were doing in their assigned trade schools now that they are out of their high school programs. Some are doing well, some struggle. We are trying to learn how we can partner from a distance and still provide encouragement, guidance, and assistance as they work to make a, hopefully, successful transition to adulthood.
So often, we feel we have limited choices here. Yet, at least we have choices. I know that depending where you fall your choices are limited, but not like anything these kids are facing. I just learned that due to their backgrounds and the type of school they had been given over to for care since they were young children their lives will be restricted forever.
The students we found to be bright, engaging, kind, and fun loving, were at a school for children that were considered to have been born with some kind of defect. This basically means that even though they have graduated out of this school, there is a permanent mark on their record. They can never have the right to vote in their home country. They can never own a home. They can never have a driver's license.These are kids that can speak 2-3 languages, tear apart and put back together a computer, repair a bicycle when it breaks down, cooked beautiful dishes from their home country while they were here, and yet, because they were once judged less than, will never be allowed to catch up or succeed.
It can be hard to succeed here, depending where you are born and what resources your family has. It can be hard to move from one atmosphere to another. I spent years working on the factory floor. I was proud of that. I helped make car parts for a company that supplied to The Big Three. My grandfather spent years on the assembly line building cars for Checker Cabs. He retired from that job. I remember his cake with the taxi cab on it. I was proud to carry on that tradition. My other grandfather was a ding man at Kelvinator, repairing refrigerators on the assembly line. I did something similar for a time at a local furniture factory repairing filing cabinets when I was out of high school.
And yet, I longed to do something different, something more. I didn't always want to be known as a factory rat. I had tried college right out of high school but had not succeeded for a variety of reasons. But by the time I was well into my thirties I was ready to give it another go.
I managed to finish my BA degree and then began the long process of working to convince employers that I was more than my work history showed. It took a lot of effort. I began to realize that the saying is true, "The grass is not always greener on the other side of the fence" or the other side of the door in the factory. Life off the factory floor is not always easier. It is in many ways, especially nice generally not having to deal with extreme heat in the summer, but there is still stress.
I have managed to make that transition. I was allowed to change my goals, to dream my dreams. I was given chances. I still vividly remember the day I walked in and saw my phone, with my name and number on my desk. It was amazing and validating and so very frightening. It has been an amazing journey so far, as I learn and grow on the job. There are days when I am still so overwhelmed that I don't quite know what to do, but I never forget how really fortunate we are that we can work to make changes in our lives. We really do have a lot of independence! 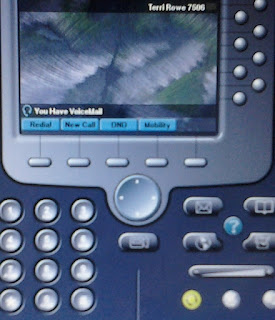