The heat and humidity have been oppressive the last few weeks, at least to me. I cringe when the temperature exceeds 90 degrees. I always say that I prefer winter, as I can put on as much clothing as necessary, but no one wants to see me stripped down at work, plus it just wouldn't be allowed, dress codes being what they are at my job.
As I was driving my friends home from work last night, I had the window rolled down and let the cool fresh air stream inside my car. It was my lucky night, the storms of yesterday having brought down the humidity and the temperature. At midnight the temp hovered in the lower sixties. One of my co-workers began lamenting the fact she had no sweater or sweatshirt. I laughed and said this night was meant for me, to make up for summer's misery.
After I had dropped everyone else off, I relaxed as I cruised down the highway, the light of the moon guiding my route. And then ,out of no where, came the memory of a summer from maybe a decade ago. It was a late July night much like this. The temperature had plunged into the lower fifties, toying with the forties. I was rejoicing for the fact that it would be great sleeping weather, but when I got home it was nearly a sauna inside. I was staying with my dear grandmother at the time and she had cranked up the furnace. In July. I was flabbergasted. But, she liked to keep her house at near tropical conditions year round.
The memory of this causes me to smile while my breath catches in my throat, my chest tightens, and tears pool at the edges of my eyes. It has been nearly six months since my grandma passed and sometimes that grief is still lurking just below the surface. But what a great gift to have so many personal memories of her and the times we shared. 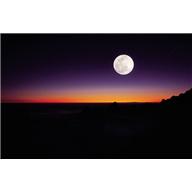