I am still at that point where I am trying to process all that happened last year. Some events have left more residual damage than you might think. I know it seems like I would have more important things to worry about than old conversations, but some words still sneak up on me, forcing their way to the forefront, even as I have tried to bury them deep in the past.
That is the power of words, to create or destroy, to lift up or haunt. I try to keep this all in mind as I work at putting words together to tell my tales. I try to remember that the words I tell my own self are every bit as important, that they will either help me grow and improve as I move forward in life, or they will cause me to slip down the bitter, black hole of self pity and self destruction.
You would think with all the family health and medical problems we experienced in the last year that I would have a bit of left over trauma associated to some of that. But you might not suspect that one of the things that haunts me the most are the off handed remarks made by an old manager in my months late yearly review.
Nope, it wasn't the text in the middle of the night that my brother broke his back in an accident, or the need to call the ambulance to have my father end up in the hospital/nursing home for months, or the news that my sister needed emergency surgery that has caused me the most nights of lost sleep.
It was the casual off the cuff remarks of this manager during my review that gutted me. Was there a problem with my work? Nope. I was at the top of my game in my day job as a logistics coordinator. I had the most books of anyone in my department, at the right profit margins, all while keeping customers, shippers, and drivers happy.
It was while we discussed some of my personal goals that the words were shared that shook me to my core. I mentioned I had set certain personal goals and was having trouble achieving them because-life. Then this manager, that I had respected because he seemed to embody how to live with faith and character in the work place, passed his judgement on me. "Have you ever thought about the fact that this is God's way of saying no?"
Day and night. Of course I have thought about that. Who wouldn't? But yet, this same manager, if he encounters a difficulty, would never consider that God was saying no to him. He would say that it was just the devil or society trying to keep him from all the blessings that God means for this man to have. Apparently that doesn't carry over to me in this manager's eyes.
So, why when he encounters a problem is it the world or the devil trying to stop him and when I encounter a problem it means that God has said no? People wonder why folks struggle with the seemingly mixed messages they receive from church leaders.
I guess it has to do with perspective. He sees himself in a completely heroic light, as a leader, businessman, and faith filled servant. I suppose he views me as a mere caregiver, a subordinate, one that is meant to make easier the work of those called to do great things.
This caused me to wonder if that is how everyone sees me, to doubt my desires, my dreams, my purpose. This caused all other problems to be just a little bit harder as it chipped away at my self confidence and faith.
With the help of my family and friends I was able to re-group, to move forward with my dreams, and to edit and change the narrative I am telling myself.
By changing my perspective I have been able to start to heal. It gives me a fresh outlook on myself and everyone I encounter. Sometimes it is taking a walk that leads to a new view, or reading a new book. Sometimes it is as simple as sitting in a different seat. Sometimes it is doing research on a new story line that opens up my heart and mind to new possibilities.
Our cat Frosting has taken to sleeping in the bathroom sink. It really seems to have given him a new perspective. He seems a lot calmer now that he has found this new secure sleeping post.
I hope you are able to find a new perspective this year, one that will open you up to positive possibilities in your life. 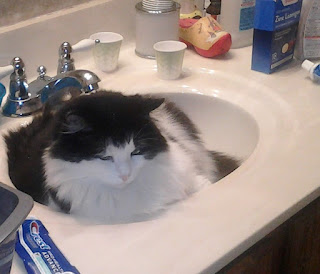 2019 was a year of challenges. Some of the issues were not directly mine, but when those you love hurt or struggle, and there is little you can do to assist them, that is a special pain and stress. It leaves you feeling fatigued, helpless, and like you are totally failing everyone you care about.
I started the year with so many plans, to further my hopes and dreams. I was trying to build on the momentum and trajectory I had finally achieved back in 2011.
2011 year was also a year of setbacks, of three steps forward and two steps back. It was a year of turbulence with my day jobs, trying to find work that would be suited to my still new college degree, and the first time I ever had scary health issues.
And yet my writing dreams seemed to come true. I had a screenplay receive semifinalist status, I made the top ten percent in another screenplay contest, and entered a picture book in a contest, and it would later win a publishing contract.
Eventually, by 2014, I managed to get three picture books published with my original digital publisher, but then they sold their entire collection. My books were available with the new publisher through their app for a while, but I had no real rights to my stories any more. Then I received the news that they were no longer interested in most of the collection, including my books.
Since I wrote to them and asked what would happen to mt books, they reverted the rights back to me, but refused to let me have access to the illustrations, not even an option to buy them. This seemed like a slight setback, but I was still optimistic.
I was still friends with the illustrator of my original picture book. Happily, he was willing to work with me on creating new illustrations for my picture book. It took months of work, the setup of my own publishing imprint, and my husband's computer skills to help format the book, but just before the end of the year we were able to make Green Goo available for the first time in print and also for Kindle.
So many devastating disappointments in 2019, health issues for friends and family, health scares of my own, treachery by people that should have been guides or offered assistance,  and so many other seeming failures.
And yet, with help from family and friends, obstacles were overcome, new beginnings achieved, and fresh starts happened. I have known since I was four years old that I wanted to be a writer, that I wanted everyone to be able to read that stories that I created. I am glad this has been achieved. I hope that 2020 will be a year for more writing and producing, more sharing of my stories and yours.
When you have a moment, please check out the preview of my picture book that is available online. Please see link below. 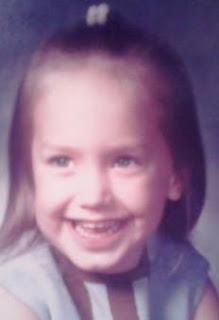