I am feeling a wee bit overwhelmed. I haven't really fully recovered from the rush of the Thanksgiving holiday and it is time to start gearing up to be festive for the Christmas holiday. Some of this sensation has to do with my ambivalence towards my work situation. I feel paralyzed and incapable of making even simple decisions.
I managed to move forward quite nicely with my November writing project. It helped to have that focus and to have to answer for my writing time. Now that the program is done, I seem to be done. I have other projects to work on, but have lost focus and motivation.
I decided to start looking at past projects in the hopes of finding some inspiration. I came across this piece that I entered in a Guideposts contest years ago. I didn't win that contest-but I still thoroughly enjoy this piece. The criteria for the contest was you had to write about the birth of Christ from the point of view of someone that could have actually been there. The little boy I picked came to mind partly because one of my favorite songs is "The Little Drummer Boy." I have always way over identified with the whole concept that I have nothing to bring, give, or lay before the king. I don't even know how to play the drums. But every once in a while I can string a few words together in a way that is meaningful to me and hopefully enjoyable or useful to others.
I want to share this essay from a few years back with you. Re-reading this helped me calm down for a while this morning and remember and feel my enjoyment from when I wrote this piece. It also helped me feel the peace and contentment that I long for in this season. I hope you enjoy this small story as well. Wishing you all peace, happiness, health, and contentment in this holiday season! 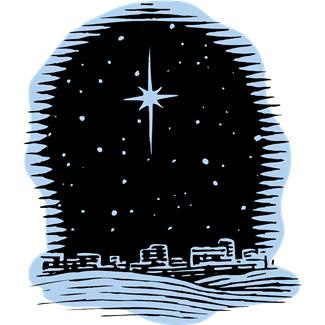 James scuffed his sandal on the pebbles as he walked through the rugged pasture lands.  The chill pierced the cloak that he pulled tighter around his small shoulders.  It was winter now in the desert.  The land looked as bedraggled as the small bands of shepherds that tended it and their flocks.  As soon as the sun disappeared over the low hills, the cold overwhelmed everything and everyone.
James sighed as he walked along.  It was too bad he came from such a poor family.  It was too bad he had not done better studying Torah.  He wanted to be a rabbi.  He loved nothing more than being immersed in God’s words.
Why did his father have to die that slow strange death?  He had been one of the tallest, strongest, smartest men that James had known.  Slowly his father had lost his strength.  His limbs withered.  His words left him as his voice faded.  He was a small dried up shell when he finally died.   James had been grieved by his mother's constant tears.  He did not complain when he was separated from his brothers.  Some of the boys went to his uncles who were fishermen in .  One had been sent to to learn the trade of being a shop keeper.  James had wanted to work in another uncle's inn in .  That was where his brother went that he was closest to in age.
James was so small and quiet that it was decided that he would be best left to tending his Uncle Abraham's smallest sheep.  He liked caring for the sheep.  He didn't mind being up through the long, dark night.  In his mind he recited the many verses he still remembered.  They gave him much comfort during the long, cold nights.  His favorite passages were from Isaiah.  He often repeated to himself these words during his long night watch.
Isaiah 40:30 “The poorest of the poor will find pasture, and the needy will lie down in safety.”
Isaiah 54:9-11 “Though the mountains be shaken and the hills be removed, yet my unfailing love for you will not be shaken nor my covenant of peace be removed," says the LORD, who has compassion on you.”
He often prayed to God. That was the only help for the quiet longing in his heart.
He was not sure what he longed for so urgently.  Was it the comfort of home?  Was it the chatter of his brothers as they ate a meal?  Was it the touch of his mother as she used to brush his hair from his eyes?
James longed for a change of some kind.  He wanted the world to be different then it was, or to be different himself.  He wanted to not miss his father as much as he did.
James no longer cared much for the world he encountered when he did make it into for selling of wool or the lambs in the spring.  The town was now a sad, dingy place.  The people were stressed, hurried, unkind.  The beggars and the lepers at the city gates frightened and saddened James.  The screaming and shoving in the market place overwhelmed him.  There were no little children at play in the streets as there had been in his small village back home.  James longed to be at play on those streets, to be the child he had been only a few seasons ago.
James found a rock to sit on.  In the distance he could see the small fire on the side of a hill.  Abraham had set up camp.  His cousins and other family members would be seated around the fire and talking.  Joshua would tell stories or maybe sing a song.
He was feeling sleepy.  James started to hum a little tune to him self.  His eyes grew heavy.  He could barely keep his lids open.  His head gently nodded forward.  If he slept for just a moment it would be alright.  Hopefully nothing would happen to this portion of the flock.
Suddenly there was a bright flash of light.  James head snapped up and he opened his eyes quickly.  There were bright lights swirling all around.  It was as if the clouds glowed with fire!  And the sound!  It was like thousands of voices singing. The praise and joy shook James entire body.  He jumped from his rock and looked wildly all around. The sheep lay peacefully on the hill staring up at the heavens.  James stood still, gazing upward.
One loud voice spoke out above the heavenly chorus.  James clearly heard the speech!
"9 An angel of the Lord appeared to them, and the glory of the Lord shone around them, and they were terrified. 10 But the angel said to them, "Do not be afraid. I bring you good news of great joy that will be for all the people. 11 Today in the town of David a Savior has been born to you; he is Christ[a] the Lord. 12  This will be a sign to you: You will find a baby wrapped in cloths and lying in a manger."
13 Suddenly a great company of the heavenly host appeared with the angel, praising God and saying,
14"Glory to God in the highest,
And on earth peace to men on whom his favor rests." Luke 2:9-14 (NIV)

James heart pounded in his chest.  This was something different.  Yet it was familiar.  It reminded him of passages he loved to study from the prophets.

Isaiah 55:11-13 “You will go out in joy and be led forth in peace; the mountains and hills will burst into song before you, and all the trees of the field will clap their hands.”

Maybe this would put an end to his longing.  He raced down the gentle slopes.  The sheep had now fallen into a deep sleep.  He had to get to his uncle Abraham.  Surely Abraham would know what to do.
James rushed up to the camp.  The others were all talking and gesturing at once.  Some seemed afraid.  Others seemed giddy.  James tugged on his Uncle Abraham's cloak sleeve.
"Uncle, we should go.  We should find this baby.  Your brother owns an inn.  Maybe he knows where to find this savior."  Some of the men laughed.
Abraham knelt down to look James in the eye and nodded.  He put his hand on James shoulder as he turned and spoke to the others. "I believe that the boy is right.  I don't think we need to see my brother.  We will just follow the star."
Abraham took James by the hand and they walked off in the direction of the star, as it illuminated the stable dwellings cut into the rock outcroppings of the distant hills.
As they approached the cave over which the star hung, James could see other shepherds there already.  Some knelt at the edge of the gate.  Some had shoved their way into the small stable.  Abraham gently pushed James between the throng of the men as they moved forward.
James found himself on his knees right in front of the manger.  The baby he saw wrapped in clothes seemed ordinary.  Yet as he gazed at the child James felt a peace wash over him.  He knew in his heart that this was no ordinary night.  Everything had changed, most of all---James!