Much to Be Thankful for-Always!

I just want to pause from the busyness of this beautiful day and say a heartfelt thank you to everyone that has helped me this past year as I have journeyed through so many experiences. I am grateful for love and support of friends and family, for the well placed words of encouragement of people I have only just met or know only through online writing communities. Each one of you has had a positive impact on my life and enabled me to pursue my dreams of being a published author.

One way I am able to express my gratitude is by offering free downloads of my storybook, Green Goo. The following link will allow you to get your free copy. Please feel free to share this link with others. I am hoping to give away thousands of copies.


Again, thank you all so much for your love, encouragement, prayers, support, and kind words and deeds that have blessed me so. I raise a toast to all of you! 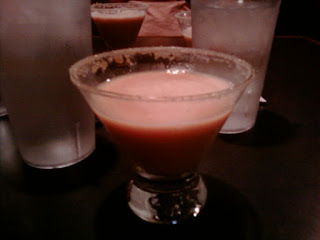 My Entry in the Latest Three Minute Fiction Contest on NPR

I happened to discover this series contest on NPR in the winder of 2011. I had liked NPR's page on Facebook and so their updates would scroll through my news feed. I saw the contest for three minute fiction, where you had to tell a whole story, following their writing prompts, in 600 words or less. I have entered every round since round six. I have not won or been picked to have my story on display on their website. And yet, being part of this group has changed my life forever.
It is through this group that I have met a supportive and encouraging community of writers. I have learned so much from so many of them and I am glad to be able to have them as friends and coaches. It is through this group that I heard about the Author Challenge Contest at MeeGenius.com. It is through that contest that I had one of my storybooks published and was able to fulfill a lifelong dream. This aspect of my life journey also re-enforced the point about being ready-by having spent years writing stories that no one ever read, when the chance came to have some read a story-I had dozens that were ready to go.
This past round of Three Minute Fiction-the author that came up with the prompt was Brad Meltzer. He is also the host of one of my favorite TV shows-Decoded. I was so excited to read the prompt and get to work on my idea. Again, I didn't win or get picked to share my story-but I thoroughly enjoyed the process of researching and telling my tale! I want to share that tale here, with you, as I so enjoyed the whole process and it again reminded my why I love to write. I am so grateful to have had this chance to invigorate my whole process and recapture my joy. The story had to be about a real or imaginary President. I wrote an imaginary tale that featured a real President-with hints towards another real President and several other historical figures. I hope you enjoy my little tale as well!

Kindling
A fresh breath of spring air washed over the crowd of spectators as petals from the gnarled flowering Dogwoods rained down. President Taylor was already bored. He swatted at the debris that now littered his collar. His mind wandered as the students droned on and on during their end of term speeches.
He barely remembered the face of the young man he fought alongside back during the War of 1812. The headmaster of this small academy, The Milton Boarding School for Boys, apparently was this fellow soldier’s son; at least that was the story presented in the letter that requested Taylor come say a few words at this commencement day ceremony.
It was from his sense of duty, toward all that had served under him over the past forty years, that he now found himself mounted on the rickety wooden chair, wishing it was time for the promised luncheon; his own words now long forgotten by all those present, drowned in this sea of wasted words.
It was then that the boy took his place on the stage by the podium. He began to speak in a torrent of words. His fiery passion gushed over the audience, enthralling them. Taylor glanced at his program, squinting at the name printed there. He snorted as the crowd leaps to its feet, thundering their applause. The young boy flushed with pride. He gave a slight bow and bounded down the steps. Headmaster Smythe gave the closing remark, the sweet words of release.
President Taylor lumbered off toward the table where the luncheon buffet was set up. Students flocked after him, yet kept a safe distance from “Old Rough and Ready.”  Very few of the boys had ever met a war hero, let alone The President of the United States.
The boy that had recited the classic speech by Cicero was suddenly at Taylor’s elbow. He seemed to have no sense of his intrusion into the President’s space as he leaned in to speak rather earnestly.
“I have always been a great admirer of yours, sir. I hope to one day be a great man like you,” said the young orator.
Taylor looked over the thin figure of the boy that stood before him. Shaking his head, he said, “Being a back woods boy from Louisiana, I don’t know much about theatrics and such. At best, if you are lucky enough you might one day become half the actor your father was, before he soaked his soul in alcohol.”
And now, this man that had stirred the boy with such feelings of admiration incited the boy with rage. He balled his hands into fists as his friends pulled him away; the anguish evident in every strained muscle of his wiry frame, tears of anger rimming his blazing eyes.
“One day everyone will know me, you just wait and see. I will be more famous than you ever were,” screamed John Wilkes Booth. 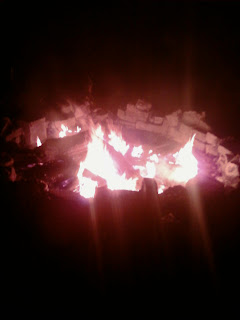