In My Own Way

I always find any holiday a good time to pause and reflect, on my life, the state of the country, the happenings in the world, or on news from out in the universe. I love to hear about the Mars Rovers and am especially happy about the reflections devoted to the 50th anniversary this month of the Apollo 11 moon landing.
I have always felt a special connection-as the landing happened shortly after I was born. The family folklore is that my dad took me outside on the night of the moon landings and lifted me high in the air and pointed it out to me-that history was being made right then and he wanted us to share that-even though I was only 4 months old.
And that is how our lives have been, even during the solar eclipse of a few years ago, my father watching the eclipse from his house a few blocks away, and me watching from my house while home on my lunch break.
My start of the holiday today-where we celebrate the freedoms that many of us enjoy here in our home country-founded some 243 years ago-has been spent reflecting on how grateful I am that I am able to gather with family later today for a picnic lunch-even as my father has been in hospital rehabilitative care for the past 2 months. We will be visiting him at the little place he is staying at in a small town near where we live.
Then I will be able to go see the fireworks display at a park on the lake near the north end of our town. That is a special privilege as well. I will be with my youngest brother-who broke his back just over 4 months ago. Happily, he is recovered enough to do this traditional event.
At the start of the year, I had many grand ideas and schemes, especially in regards to my hopes for my writing projects. I got off to a great start, meeting with coaches, laying out plans, working with editors and illustrators, and hoping to surpass the successes I had achieved when I made a similar push for goals back in 2011.
It seemed the perfect time again, with 50 looming on the horizon. And then life. The fearful walk I took for myself with the issues with a potential oral health issue, having to go through the hoops of finding an oral surgeon in network that MIGHT be covered by my insurance, the weeks of waiting until the scheduled biopsies could be done. And then the wait for results-which came back benign-inflammations of unknown origin. And that was when I learned how much I get in my own way.
If I couldn't fully focus, if I felt like I needed to work on real life issues, I just walked away from all the projects I held dear, I could have written just a page, or just a paragraph, or maybe even a sentence. But I did nothing instead.
The time passed anyway, but I made no progress on any of my goals. A lot of good progress has been made in some of our life challenges, but there will be more to come in the following months. And now I realize that I need to make a choice about how I merge my day to day life with my dreams and hopes for my writing. I need to learn to not be my own stumbling block.
I need to let go of my desire to take big leaps and make a large showy success of what I am working on, and realize that every small step I take, as long as I keep going, will still bring about the completion of my projects. The path may not be what I envisioned or hoped for, but the destination could be the same or even better. 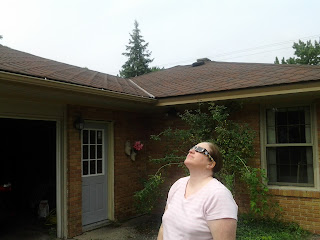 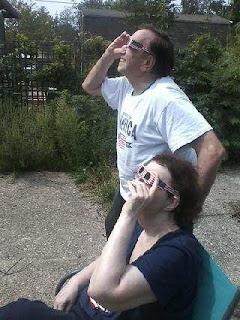 In my day to day life I know so many incredible people that are doing amazing things. They are real life super heroes. They make me want to be a better person, to make better choices, to slow down and really listen to the people that surround me in life.
I have a dear friend I have known since I was 5 years old. That in itself has been such a gift to me, 4 plus decades of friendship. She was always a leader, even when we were little kids, always a great student, and an all around good kid. And she has become this incredible adult that is doing amazing things in so many communities as a social worker-for children, for those with severe illnesses, and so many more.
Her latest, most important work of service and of her heart was as she cared for her terminally ill mother. My friend was careful, kind, loving, gentle, and managed to keep her families characteristic humor intact as she posted about their struggles, hopes, fears, and happy moments, even in this.
She leads by her example. It makes me want to be a better daughter to my mother while I still have the opportunity to do so. My mother and I don't always see eye to eye. She has had issues with severe health problems, depression, and other things  since I was a small child. Somewhere along the way, it ended up contributing to me being a bit head strong, which can be difficult when both parties in a relationship share the same traits.
But my friend's example causes me to pause, to really listen, and to remember. My mother's mother is gone, a grandma that I loved dearly. One way I can still actively love my grandma, is to love her daughter and help when I can. This can mean a box of doughnuts from her favorite bakery, a driver to a surgical procedure, or a pan of homemade lasagna-from my dad's recipe.
I live in the Midwest. We are currently experiencing the thrills of a polar vortex. As exciting as that sounds, it's really not. There are whole populations of people in grave danger because of the extreme cold, my elderly parents being part of one of the vulnerable groups.
So, the other day started off rather poorly in a series of unfortunate occurrences-a million inches of lake effect snow, and the street plow and sidewalk plow coming through at about the same time. This led to my husband's car being stuck at the end of our driveway.
My husband and I were feverishly trying to shovel and shove his car free-when out of the darkness emerged a real life super hero-a gentleman with a truck with a plow-said his work was closed and he was driving around helping people. He helped us free my husband's car and plowed our driveway.
I was hoping to ask him to check on my very elderly parents when I was going to pay him. He didn't want any money. I was speechless and started to sob. I hated to ask if he would check on my parents-but he asked what was wrong-and then he wrote their address down and said he would drive right over.
He said-"Oh, that's right by my school." It turns out he is the principal of the middle school by my parents house. And he did just that-drove right over and plowed out their whole driveway-so my almost 80 year old father will be able to take my mother to her doctor appointment later this week.
I have always been a huge fan of Holland Public Schools for what they do for the students--and I also want to say how grateful I am for what they do for our whole community! 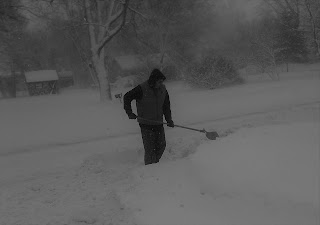