Often times in life-we get annoyed with people that want to give us advice on what choices we should make. Or we get worked up when someone says that if they had it to do over, they certainly wouldn't follow the course of action or pick the path we are on.
When I was younger I didn't actually receive a lot of advice or guidance about certain things. I was the sort of kid that stayed out of trouble and tended to get good grades-not through any special effort but simply because I listened well in the classroom and was able to retain much of what I heard.
Having this sort of freedom was fine until I had to make my way in the world. Then I ran into situations where you can have more than one boss that you report to simultaneously. Then I thought-hey, two jobs are not enough-I should take some college classes, too. Suddenly there were all sorts of demands on my time and a whole assortment of people that felt like they had the right to tell me what to do.
It really was hard for me to take. And so many times the information would be conflicting. It would get to the point where I would just stop listening and hope for the best. Quite often, it seemed that if I just went my own way I could muddle through until I figured things out. This also gave me a false sense of achievement.
But every now and then, a person comes along and manages to say something that catches me off guard. They manage to shake up my perceptions and open my eyes to a consideration of how the world might actually be.
This happened for me a few months ago. There was a conversation at my work place that revolved around the different styles of leadership and communication used by various supervisors. We wondered what the exact element might be that set leaders apart, that made one seem much more effective than another. And it was then that one supervisor said something to that really made me think. It was just not something I had taken the time to ponder before.
This guy said that he always makes the same assumption about the people that work for him, that each day they come to work with the intention of doing their best. This causes him to always give people the benefit of the doubt in a situation and also causes him to get at the root causes of issues if/when they crop up.
This left me silent. It was so simple-and yet-I had never really thought it out that way. It's true. At least in regards to myself, I could be certain that 95% of the time, when I go to work I am absolutely there to do my very best. Now, there are a few days where things seem to go wrong-and then I aim for doing the best that I can and making the best possible choices in whatever difficult situation or issue is at hand. But the simple truth is, I am always wanting to give an honest effort while I am there.
And if that is true of me, I should consider that will be true of my co-workers. It seems like such a simple notion. Yet it goes such a long way in creating an atmosphere of trust and respect. If someone makes a mistake-you don't react as harshly if you think-I know they were doing their best-what can I do to help them not have this negative outcome.
The old model of thinking that other leaders had used in the past would have been-so and so screwed up-you always have to watch them. If given the chance they will goof off. These are assumptions that create a hostile atmosphere. And yet---this tends to be how we view each other. We can all be such harsh critics.
Myself, I am embracing this piece of advice-and working to employ it in all aspects of my life-all relationships, not just at work. I have found that by thinking everyone has the best intentions-I am quite often discovering that they do.

Yesterday the weather was a bit dreary. Ordinarily it is the kind of gray day that I savor. Low, thick clouds, a hint of rain, and cool winds. This day just emphasized the fact to me that summer is quickly slipping away. Already the nights aren't quite as long, the chirp of the crickets has slowed to a less earnest tweet, and the evening breeze brings more chill than refreshment.
Tied in with these thoughts are memories of many summer evenings spent either in my grandma's backyard or in her den/dining room. This room was on the west side of the house. The lighting at night often gorgeous shades of pink, red, and orange from the setting sun. There was always a fresh breeze that would weave through the trees and shrubs. My grandparents' home was often blessed by a gentle west wind. There was never much of  a need for air conditioning in their home. I can still hear the yearning tone of the call of mourning doves as the days gently wound down, the gray, blues, and purples of twilight swallowing up the last heat of the fading summer days as I gently rocked on the porch swing. These remembrances evoke such secure and happy memories for me.
Today dawned cool and sunny. Gorgeous, puffy clouds gently floated across the sky as my father and I walked the farmer's market this morning. A gentle breeze caressed us as we strolled among the stalls filled with farm fresh vegetables, plump, juicy fruits, and tantalizing local baked goods. The smell of fresh blueberry doughnuts and peanut butter cookies reminded me of how my grandma loved to bake so she could keep her sweet tooth satisfied. Her cookie jar was always full when we were kids! This thought influenced my shopping choices.
My father and I took our bag of treats to the local park to watch the kayaks and boats skim across the rolling, gentle waves of Lake Macatawa. It was good to be able to re-enforce old memories while creating new ones. It is hard to believe that six months has gone by already since grandma passed away. The time has mostly flown by. Maybe that is why I making such an effort to cling to and enjoy the moments of each and every ordinary day now.
I know I am fortunate. I have a treasure chest full of memories that I can pull out at any moment and enjoy. Because I had my grandma for so long, I can still hear her voice as she often called me doll and how her voice would trail off as she said good-bye at the end of a phone conversation.
Many years ago my grandma's second son passed away. This was a sudden, shocking loss for our family when my uncle died. I can still remember hearing about his three year old grandson's fresh grief several months later. When asked why he was crying, he said it was because he could no longer hear his paw paws voice in his head. I understood this right away. It was like his grandpa had died all over again, but in an even more permanent way.
I suppose this is why I sometimes like to reflect and conjure up as many images and sounds as I can that I associate with my grandma, to keep her memory, her voice, her self, alive in my heart. 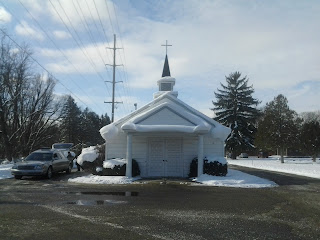 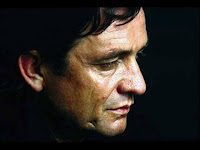